Aquileia Gate, once also called Maritime Gate because it faces the Adriatic, was the first of the three gates of Palmanova to be erected in 1598. The building is externally clad in Istrian stone and is distinguished from the other two entrances to the city by the greatest elegance since, at the time of the Serenissima Republic, was the representative entrance for distinguished guests and for the General Superintendents.

Two large volutes that embrace the sentry box in fact soften the façade of Porta Aquileia. The refined friezes and baroque elements that decorate it are also of great value. Under the sentry box, on the cornice, rested a large stone lion of St. Mark, then chiseled by the French in 1797. 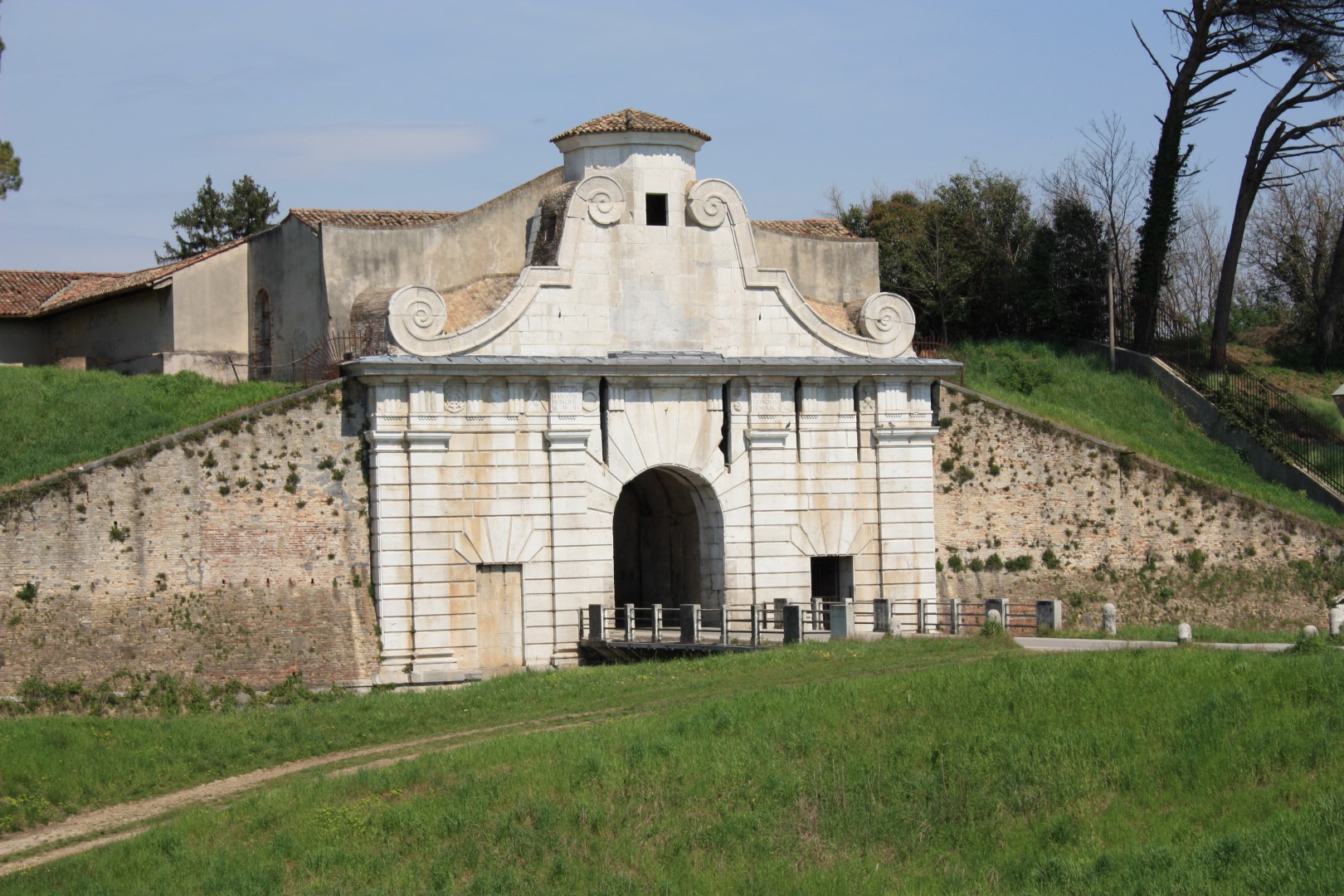