The austro-hungarian Cemetery in Palmanova is one of the biggest and most important military sites in Friuli-Venezia Giulia and holds the remains of over 19,000 soldiers captured during the First World War. The burial ground is composed of a wide road with cypresses that cross the lawn where the 4,000 soldiers – whose identity is known – rest.

These tombs, simple and tidy, are characterized by bare tombstones that show the names of the dead. At the end of the road there are the chapel and two large mass graves in which the over 15,000 bodies of unnamed soldiers have been buried. 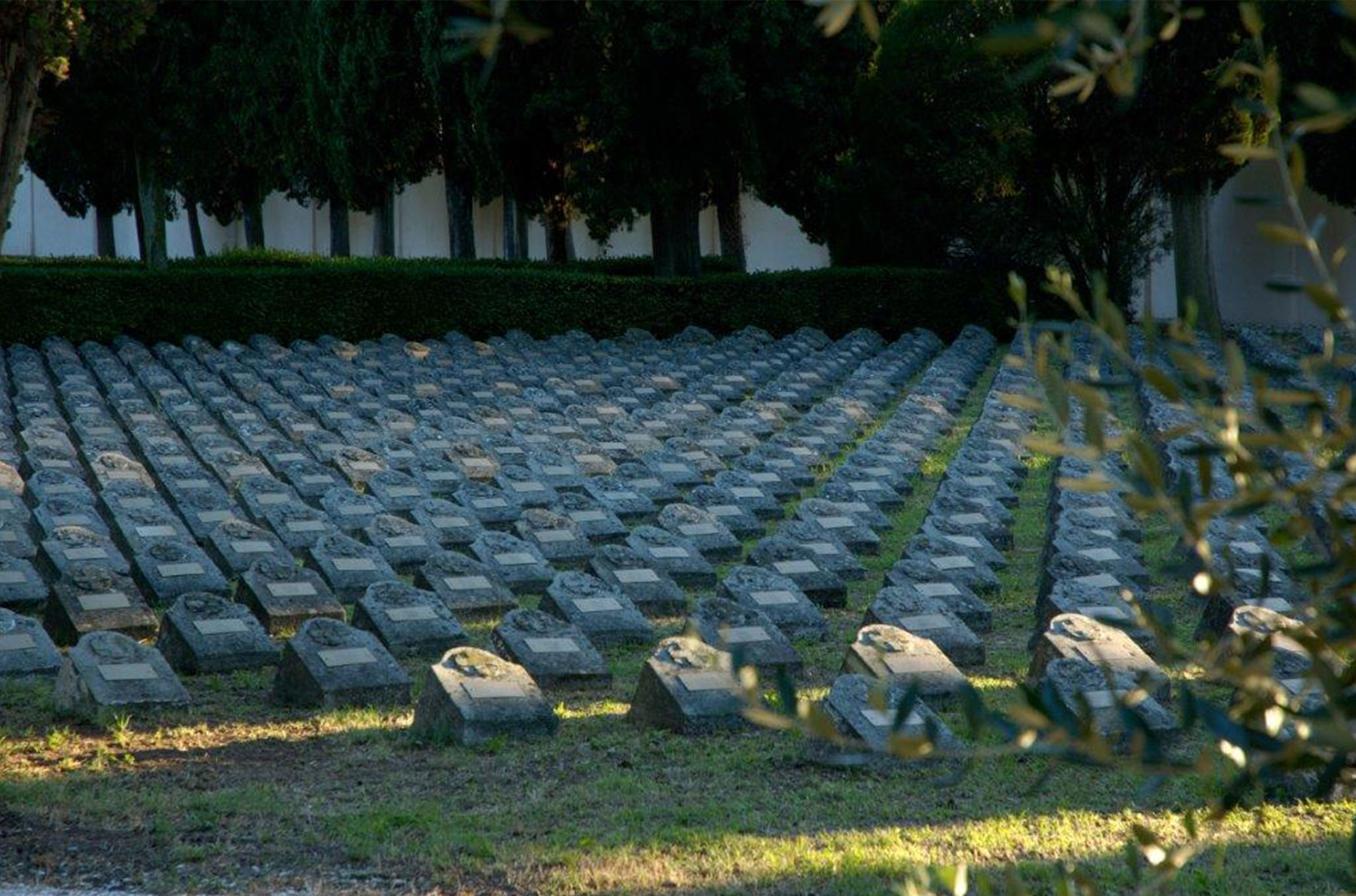