The Big Square is the main square in Palmanova, heart of the city live and located in the exact center of the fortress. Built by Venetians in the 17th century; it was called Parade Ground because in there the Superintendent of the Republic of Venice gathered the garrisons of military drills. Hexagonal in shape, it has a six-sides Istrain stone base in the emter, from witch a flagpole – commonly called banner, symbol of the fortress itself – rises.

The most important historical Venetian palaces look out over the square: the Dogal Cathedral, the Palace of the General Superintendent, the Grand Guard’s Lodge, the Palace of Pawn Shop and the Palace of the Governor of Arms. They are examples of severe and austere military architecture. From the square you can have an interesting view of the town planning: six radial roads intersecting perfectly with the ring streets.

Along the perimeter of the square, you can see eleven statues representing some of the General Superintendents of the fortress. 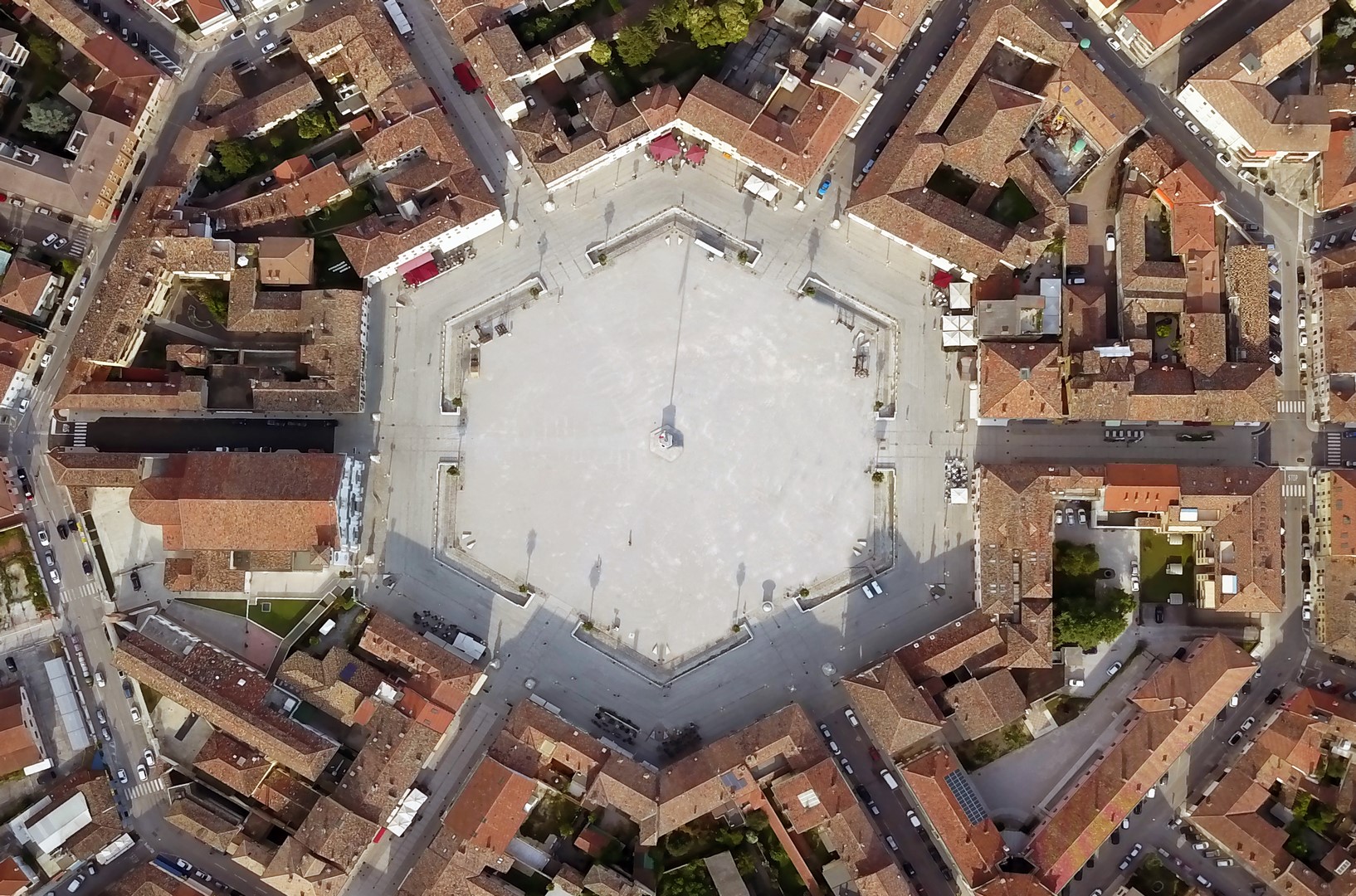