Udine Gate, one of the three accesses to the fortress-city, is named after the destination it leads to. Built between 1604 and 1605, it still preserves the two large wheels used to raise and lower the drawbridge. The monumental façade has two lateral columns and, above the ledge, two spires and two sentry boxes. Inside there is a courtyard with two porticoes with firereplaces and rooms for housing the garrison guards.

Outside the door, you can see the large aqueduct in white stone, rebuilt in 1751 in neoclassical style. The first structure was built in the mid seventeenth century for the water supply of the fortress-city. 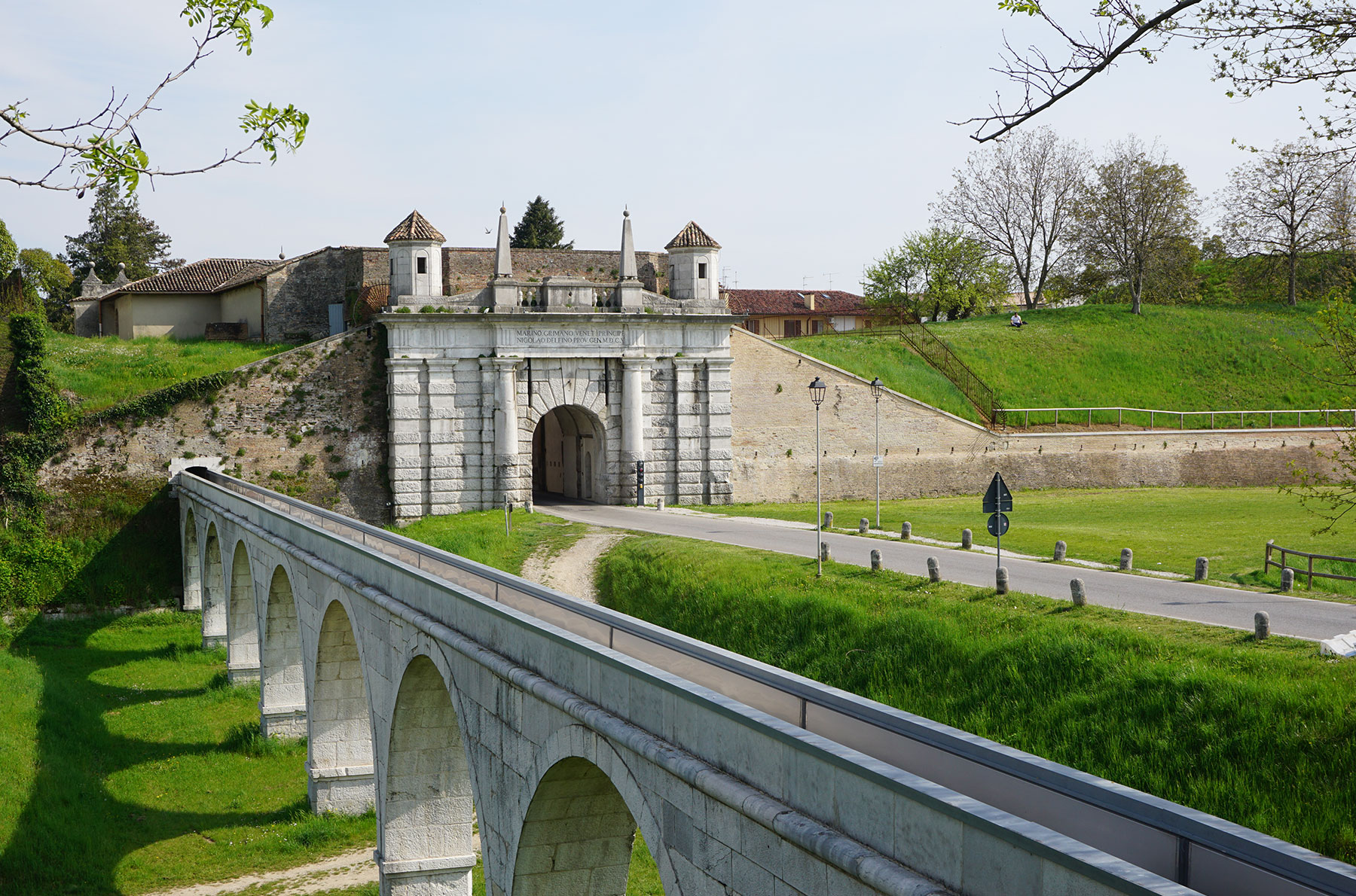