From the Belvedere del Cavaliere it is possible to admire the entire fortification structure designed, first by the Venetian and then Napoleonic engineers, to defend the Fortress. Palmanova, with the characteristic shape of a nine-pointed star, is one of the most important models of military architecture in the modern age: a fortified structure organized on three defensive circles and an urban fabric arranged on radial axes. Access to the city is allowed only from the three gates: Porta Aquileia (once called Marittima), Porta Udine and Porta Cividale. 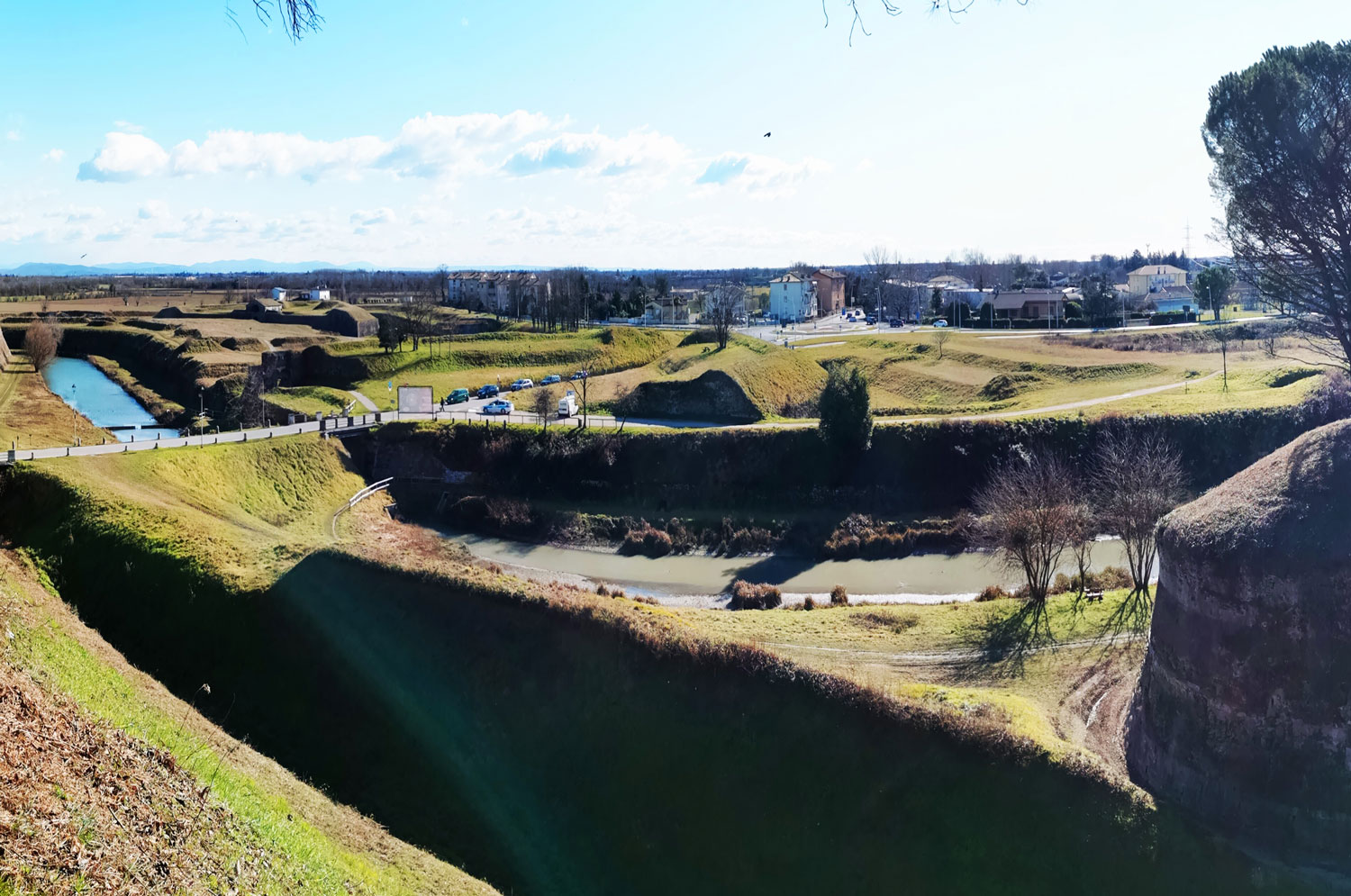