The powder magazine in the Garzoni district was commissioned by Napoleon in the early nineteenth century as a depot for ammunition. It replaced the previous Venetian circular building with a now obsolete and not very functional domed roof. The French used square stone from Medea and built a security perimeter wall. The interior, a single room with a barrel vault, was divided by a beamed attic: the drier upper floor was intended for dust, the lower one for storage. There are ventilation slits along the walls. The structure is now used for cultural events such as exhibitions and conferences. In addition to the powder keg of Contrada Garzoni,there are two other similar buildings in Contrada Foscarini and Contrada Barbaro. 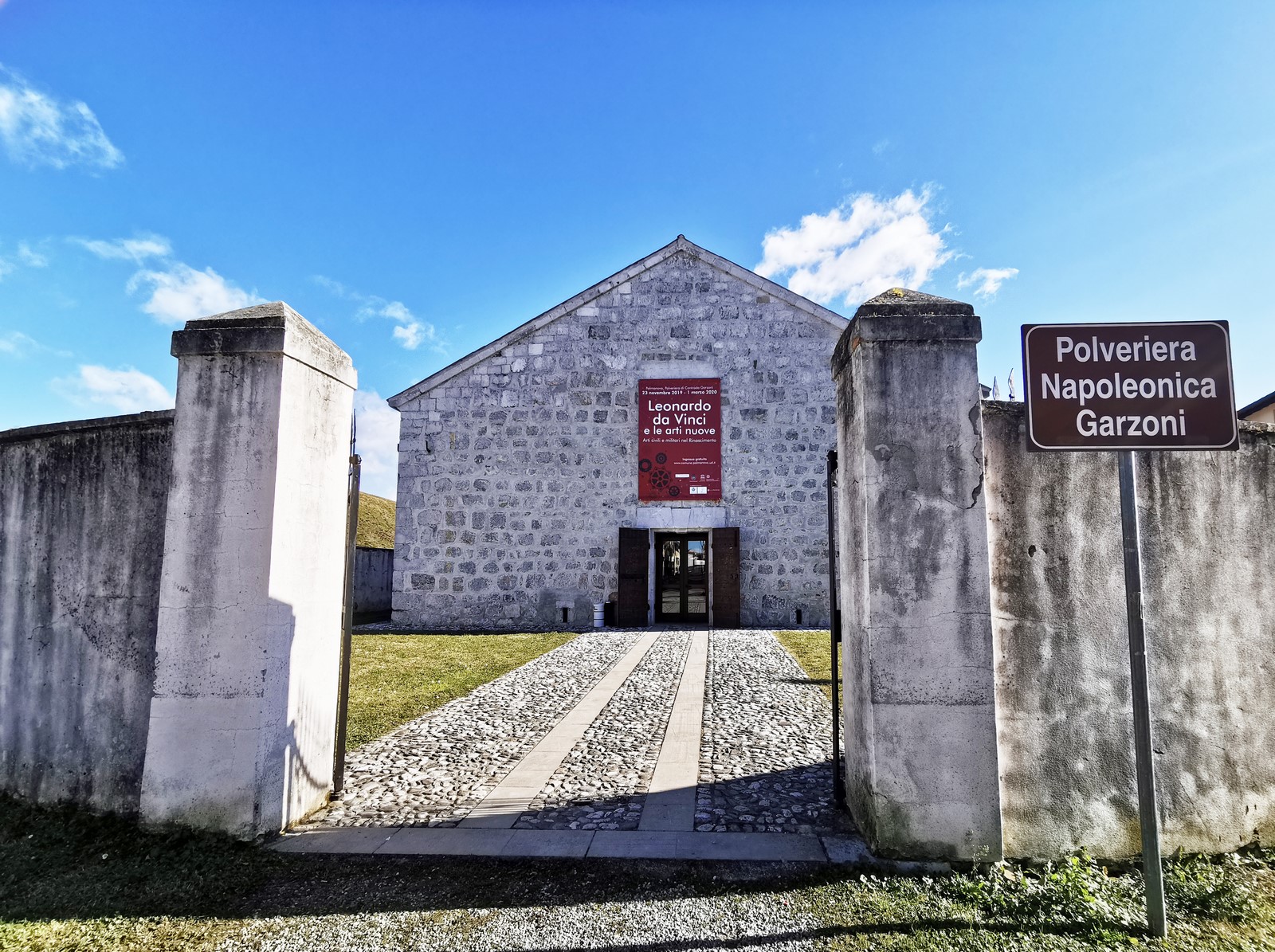