The lunettes belong to the third defense set of walls built by Napoleon between 1806 and 1809: nine triangular ramparts lined up with bulwarks and surrounded by a dry moat. They have a central blockhouse “caponiera”, with an area where cannons were placed, and two side fortresses “casematte”, camouflaged by grassy layers and visible only from inside the fortifications. The lunettes were defense outposts for ri_emen. The central body has two levels, once connected by rope ladders that could be removed in case the enemy entered the ground floor. The mezzanine floor was thus isolated; it was the only one from which it was possible to escape, through a narrow underground tunnel, towards the inside of the fortress. 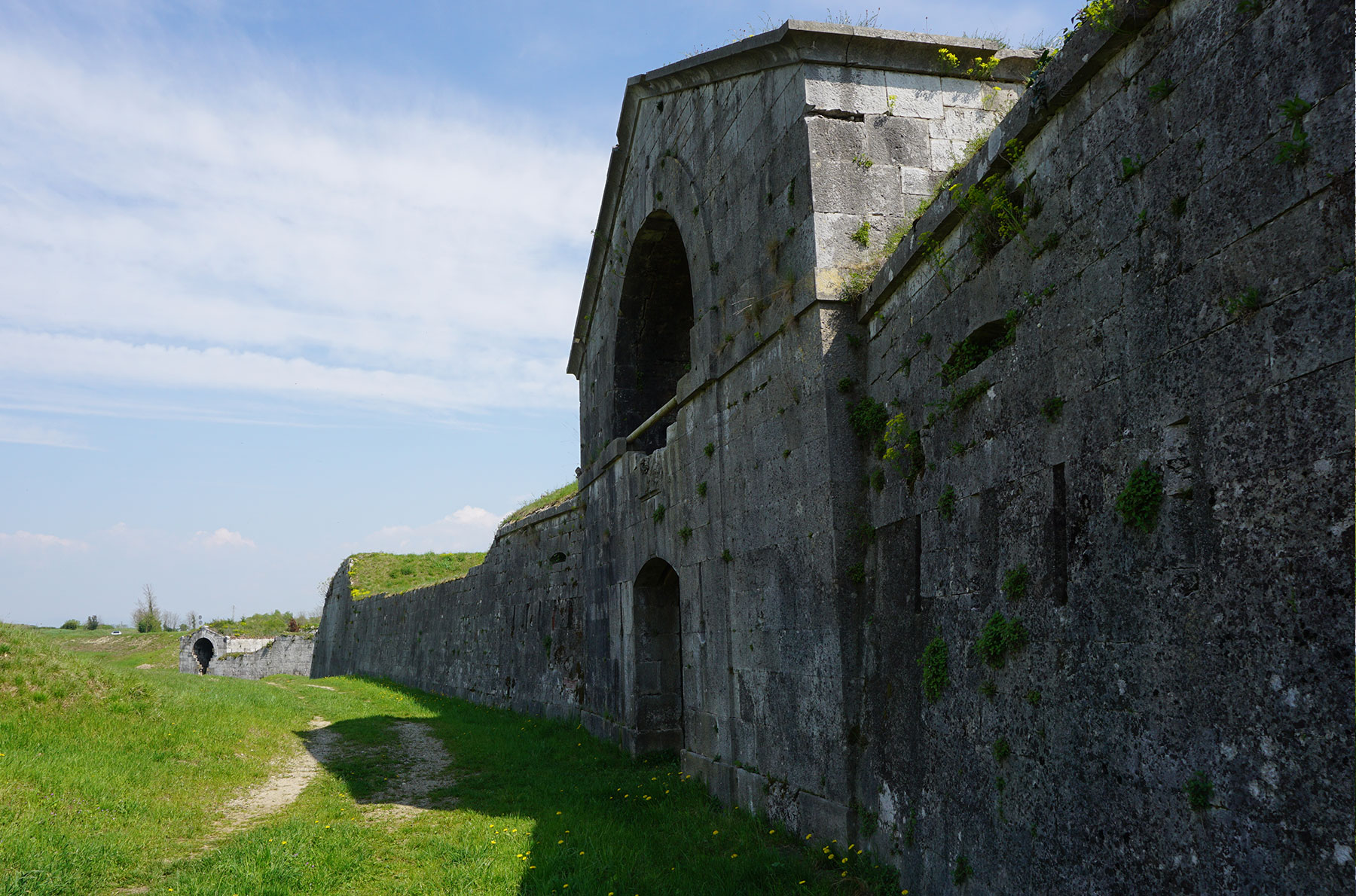