The bulwark or bastioni s a wide arrowshaped bank enclosed in a stone or a brick wall that forms the first of the three sets of walls with its unique nine-pointed star structure. The bank is up to seven meters high. On this wall you can see a stone curb that marks the level of the ground before the excavation of the ditch.

On the bastion’s corners, called “ears”, there were two loggias for the soldiers. The one located on the left side was fitted with a sortie ramp that led directly outside the fortress. The one on the right was used by the troops as a place of guard and shelter and was equipped, inside with a fireplace and several niches for lighting. 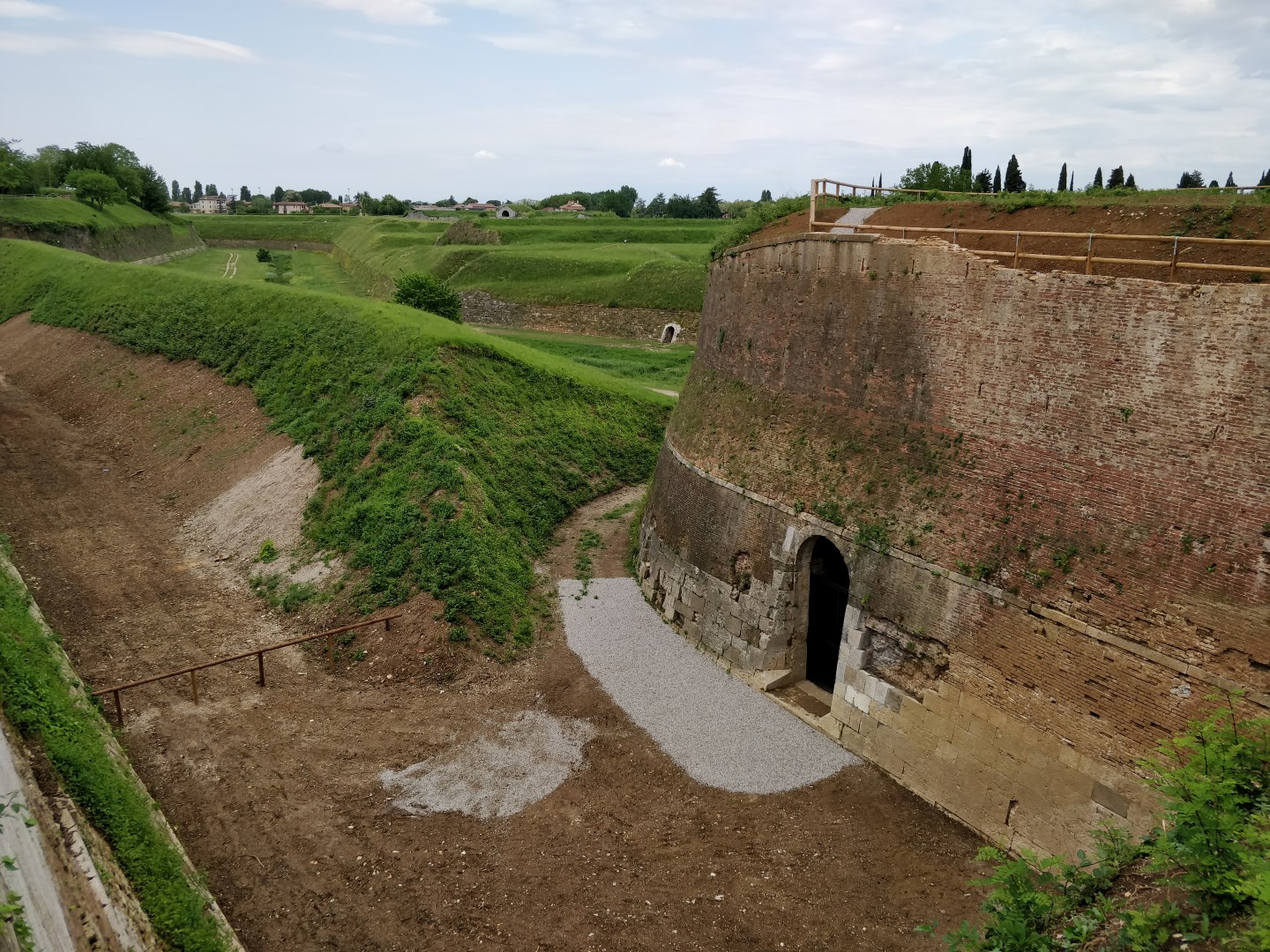