Palace of the Governor of Arms Museum of the Great War

The Palace of the Governor of Arms, located in the Main Square, is one of the three seats of the Museum of the Great War and of the Fortress of Palmanova, that preserves important historical artifacts of the city and its territory.

It was built in 1613 by the Superintendent Benedetto Tagliapietra, to whom the façade stone is dedicated. It used to be the residence of the Governor of Arms, the third office in the government of the fortress, after the General Superintendent and the Treasurer. This military authority, appointed by the Venetian Senate, had to control the efficiency of all the troops and the whole armament, and guarantee the security of the fortress. The building has a three-floored façade with two arched doors, one of which surmounted by a window with a small balcony. 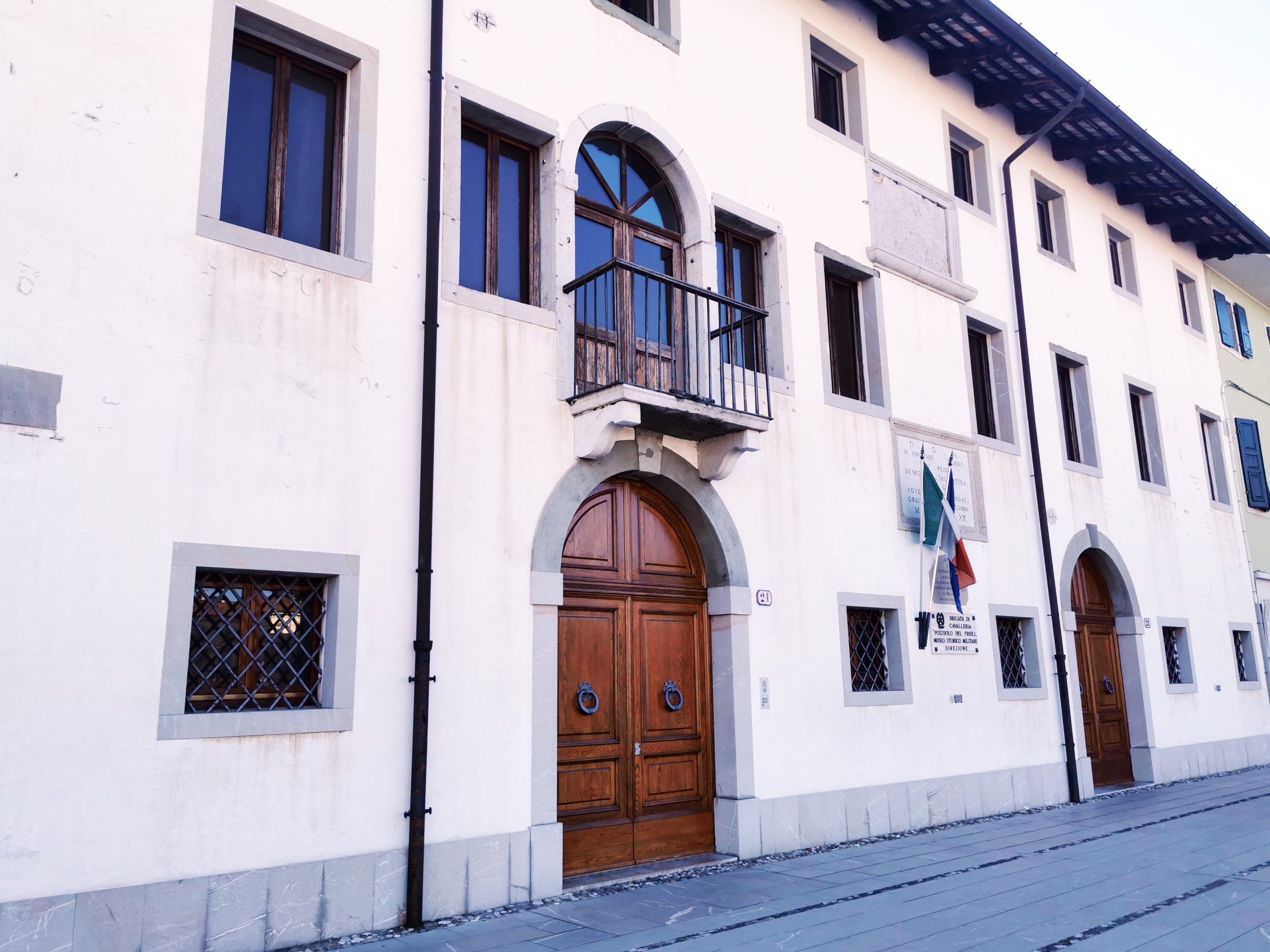