Irrigation Ditch in Palma and Waterfalls

The water that feeds the venetian aqueduct comes from the Irrigation ditch in Palma, which captures the Torre torrent at the rocky stretch of Zompitta, north of Udine. The canal, already mentioned in the maps in 1171, represents the oldest historically documented water derivation in Friuli. After about 32 kilometers, the watercourse reaches this final point and from here it flows into the seventeenth century moat of the fortress. About 3 meters high, this small waterfall was restored in 2015, together with the short canal built by the Venetians with bricks and with the bottom in dry laid stones. 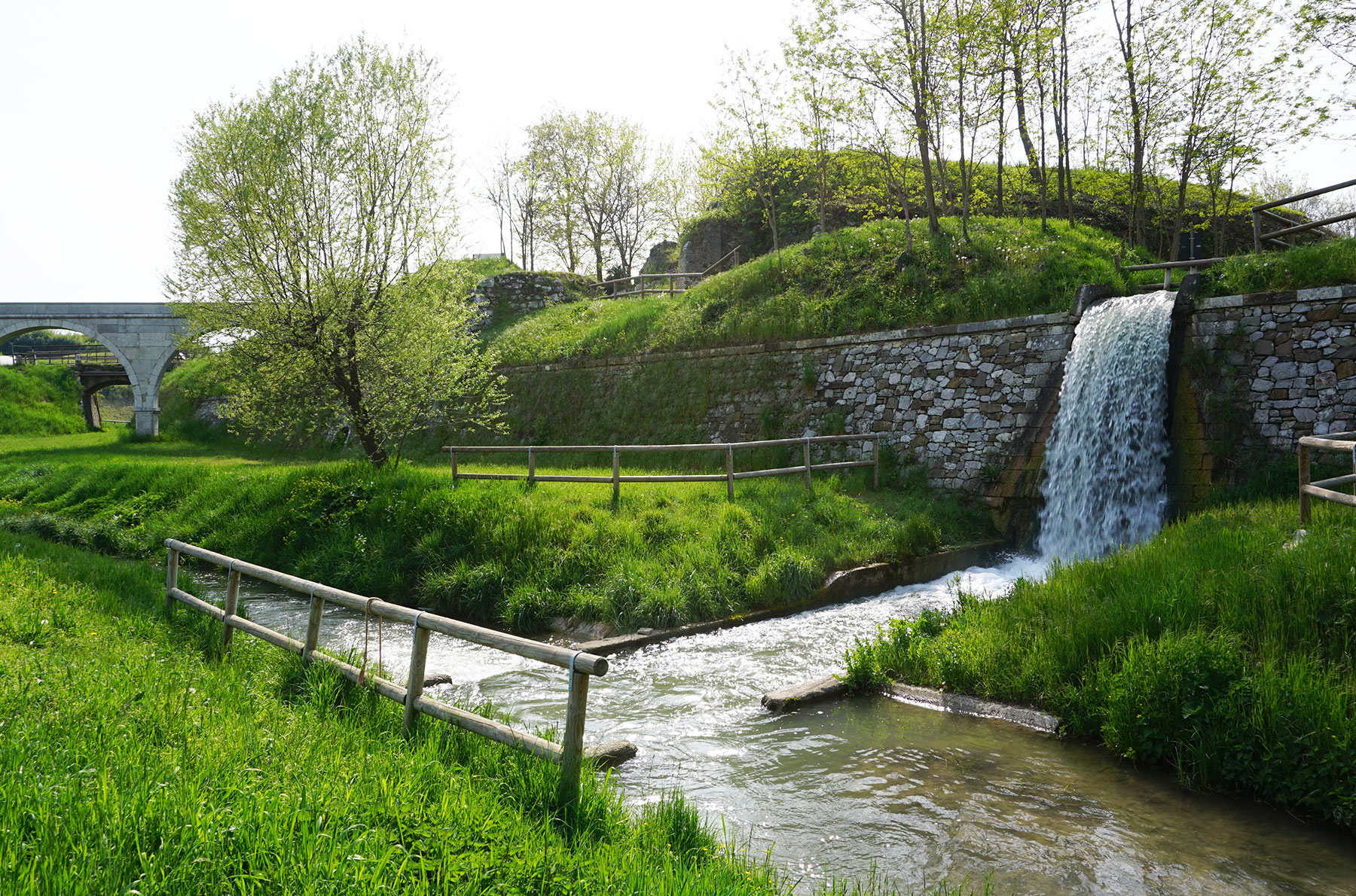